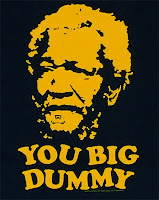 Had me one of those great Marco’s Hot Dogs (southeast corner of Main and 17th) last night, not sure if it was pork or not – but I’m willing to bet the bacon it’s wrapped in is.

But along with the cast of ignorant’s, I found this gem about Paris Hilton, the great diva of intelligence: from http://thesop.org/index.php?article=16043

Reporters know not to ask Paris Hilton her views on geopolitics, global warming or Obama`s economic plan. To spare the clueless Hilton any embarrassment the press only asks her opinion about pop culture matters or current events. If a media personality asks Hilton which is her favorite Jonas brother, he will be on safe ground.

The Swine flu outbreak has been all over the news, it’s all people are talking about at home and at work. Paris Hilton was oblivious about the swine flu, she has more important things on her mind like deciding whether she should flash her breasts or her nether regions.

Everyone with two brain cells that they can rub together knows that you don’t get swine flu by eating pork products, it’s spread by human to human contact.

Good Lord I hope Paris Hilton doesn’t catch the swine flu and dies — entertainment journalists would be lost without her.
————————————————
Unfortunately, people actually listen to this serial doofis, and others like her. So now the pork and beef industry are taking a hit based on uneducated and ignorant comments like these. And when the third-world banana republic dictators, and the sycophants here that are more than happy to repeat their swill, say, like Sean Penn for starters, start going after the pork industry, people suffer.

And when they go after “free markets” and that our government could handle this situation better if only it ran the medical industry – nevermind the abject failure in Great Britain and Canada – where is the government turning? To its stockpile of Tamiflu and Relenza. Who makes that, a government entity? Nope. That would be those evil pharmaceutical companies Roche and GlaxoSmithKline, respectively.

But don’t let little things like facts get in the way, not when you could learn oh so much more by living in Fantasyland and getting your news and education from a staff of comedy writers, failed sportscasters, or propaganda peddlers.