Want to be on Longmont City Council? 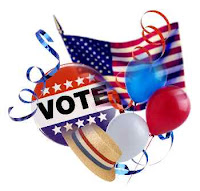 November 2011 is right around the corner if you think you might be interested in becoming a Longmont City Council member.  The time to start planning is NOW, not in mid-2011.  This doesn’t mean you should announce NOW, but it’s never too early to get your ducks in in a row.

2011 should be a quite interesting election cycle for city council.  There will be 4 positions available to chose from:  Mayor, At-Large, Ward 1, and Ward 3.  The latter 3 are from the former “Bloc of 4” (we need a new moniker for these 3 – how about “Loathsome Threesome“) and are of the liberal/progressive bent.  Their 4th member, former Ward 2 council member Karen Benker, was unceremoniously dumped by the voters of Longmont.  2011 gives the voters a chance to go for a grand slam and rid us of this element for at least a few years.  They had their chance, and have made a mess of things that will take some time to fix.

How to get started
At the very least you should become acquainted with how the City Council operates, and the issues of the day.  The best way to do this is attend as many council meetings (Tuesdays, 7pm) as possible.  You can also watch it on TV (Ch. 3), but being there, and being seen and heard, has more impact.  Try to get on an advisory board, committee, or commission.  While they just assigned a slew of citizens to boards, there are always openings.  Write in to the Times-Call on city related subjects.  Speak at Public Invited To Be Heard.  Attend various advisory board, committee, and commission meetings.  Basically, do your homework and get noticed.

Time and Money
Getting on city council can be an expensive and time consuming undertaking, do you have the time and energy to follow through with it?  For reference, current Ward 2 council member Katie Witt announced in March for a November election (8 months) and raised almost $18,000.  This was just for an area that was a third of the city.  At-large and Mayoral candidates have to cover the entire city.  Basically, in the last election, the people who raised the most money won.  The ones who raised little to no money lost.  It’s difficult to knock on every door, especially in an at-large race, in a few months time, so mailers and phone calls become more important and they aren’t cheap or free.

Be focused
Figure out which ward you live in and which race you will enter.  As stated earlier, Ward 1 (Brian Hansen) and Ward 3 (Sean McCoy) will be up for re-election in 2011.  If you live in Ward 2 you can only run for at-large (Sarah Levison) or Mayor (Bryan Baum), or you could move.  As long as you’ve been in a ward for one year, you can run for that seat (verify this with the City Clerk).  Like Benker before them, Hansen, Levison, and McCoy are vulnerable and easily beatable – that is if they aren’t recalled before 2011.  This could be the best chance for an average (non-radical) type of citizen to serve their community on council.

Make a plan
Once you decide you want to run for city council and for which seat, start a soft campaign.  This means getting your name and face out there, but not necessarily in the context of a future candidate.  People get turned off by long campaigns and announcements that are too soon, but you as a future candidate may need all of that time, and raising contributions to be in the game come Fall.  A few yard signs and appearances at a forum or two just won’t cut it anymore.  People have to know your name and what you stand for, don’t be shy about it.

In closing
This is not the first time I’ve made a call for citizens to consider serving on council.  When citizens are apathetic to what’s going on in their community, we end with historical anomalies like the detestable “Bloc of 4”.  They represented influences foreign, and detrimental, to Longmont and were due to voters just not paying attention.  While I did comment a little before their ’07 electoral victory, like most people I wasn’t very engaged in the campaign.  Since I’m interested in Longmont’s future, and weeding out what’s wrong with Longmont, it was obvious the first positive step was to, and is to, break up the bloc – which was accomplished and continues.

While I suppose I could always run, I’m more interested in helping someone else get elected as long as they are as far as possible from what the bloc represented, are serious, and have the time and energy to endure a grueling campaign.  But mostly, they must have Longmont’s best interests at heart and are willing to serve.  It’s not for everyone – as Benker, McCoy, Levison, and Hansen have proven– much to the city’s chagrin.

In future entries, I’ll discuss the current council members and the seats they will be defending in 2011.  If you think it’s too soon to consider these things, you’re wrong.  While candidates have won riding the coattails of others and had no clue why they won, like Brian Hansen, that’s the exception, not the rule.  Serious candidates and future effective representatives need to be prepared to be put in such an important position – and not the proverbial gee-whiz deer in the headlight kind of novices that have plagued us and need to be replaced in the next election.

One Response to Want to be on Longmont City Council?