I know, “leftwing” and “oddball” is redundant, but the story of an Alabama professor who opened fire (yes Longmont Leftwing Loons, she used a GUN) at a school instantly reminded me of some of our local screwballs and stalkerazzi.

From the Boston Herald, these quotes were just too good to pass up on. While you read the following, think of our local examples and keep in mind that she’s a far left loon (aka Liberal/Progressive/Socialist/etc), not some right-wing pistol packin’ mama.  Dr. Amy Bishop (pictured) was described as:

That last one in particular got my attention, that is so spot on for some of these people in town that just recently discovered “politics”.  It’s a pretty predictable course: they get the hero worship down pat, go way overboard, declare anyone who disagrees with them the enemy, and blindly go on the warpath. 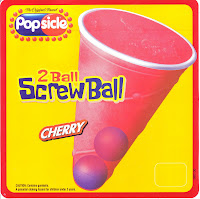 Ah, but the after effects are equally predictable:  their hero turns out to be quite human after all and as big of a screw-up as they are (they live vicariously through their leaders, sad as it is), realize they probably burned one too many bridges, feel like the cretins they are, and either slip back into obscurity or, like the loon above, just goes nuts.

I know many of you have no idea of what I’m talking about, figure I’m speaking in code, so I’ll make it easy for you.  Check out the Public Invited To Be Heard portion of the February 16, 2010 Longmont City Council meeting and you’ll see some there, others at (sounds like) Deranged Longmont, and the (not-so) fine folks that rail against LifeBridge and HeavenFest whenever possible – common denominator: religion.  Man, do they hate it.

Oh, and they’re obsessed with Obama… (see above)

One Response to Shooting professor a leftwing “oddball”