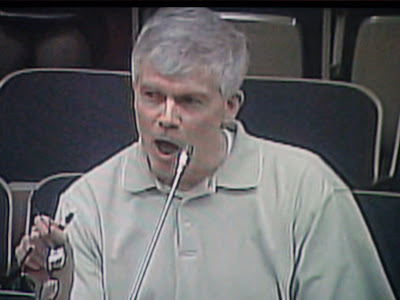 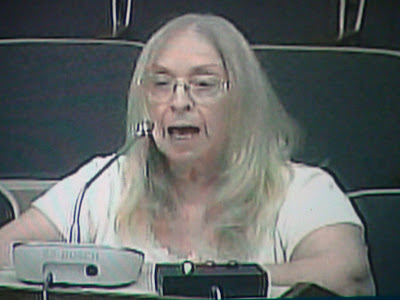 One of the favorite tactics of present-day Progressives is to create an echo chamber of liberal noise (see the Colorado Model) that is forced into the public and media arena and made difficult to ignore.
Never was this antic on greater display than at the Longmont City Council meeting of June 14, 2011.
Longmont’s poster project for the hardcore left, Kaye Fissinger, went to the podium no less than six times throughout the session, believed to be a record for council meeting public grandstanding (Ruby Bowman once got up five different times during a meeting to defend–you guessed it–prairie dogs).

Angry attorney Jeff Thompson wasn’t far behind Fissinger with four separate trips to the podium at Tuesday’s meeting, spewing repetitive insults and unfounded charges of corruption against the Mayor, City Manager and any other non-liberal city official that came to mind.

Fissinger’s rants were her usual witches brew of distortions against conservatives on every local issue from affordable housing to medical marijuana to the LFCPA (Longmont Fair Campaign Practices Act) to the IGA with Firestone to dredging up past attacks on the LifeBridge/Union planned development.

Council’s decision to end the “inclusionary zoning” section of Longmont’s affordable housing program drew Fissinger’s greatest wrath, no doubt because she’s enjoyed the benefit of this entitlement by owning a house in upscale Creekside for nearly five years. It’s been said that “affordable housing” in this country is making sure every liberal Democrat gets one (a house).

The casual observer to these council proceedings each week might ask, “why don’t Longmont’s conservatives stick up for themselves and counter these radical blowhards at the podium?” The answer is, we don’t have to. Let the Fissingers and Thompsons of the world make fools of themselves for all to see.

Those in harmony with the U.S. Constitution and individual freedoms know the Truth, and the Truth sets us free.