Enviros shoot themselves in the foot 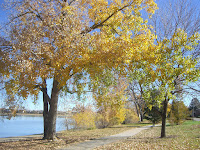 Wednesday, Oct. 31 was a perfect fall day for a walk around Longmont’s scenic Lake MacIntosh trail.

But what did I encounter on the far east end of the trail near the Harvard St. power station?

A 40-foot stretch of anti-fracking graffiti drawn on the path with the words… “Wake up and smell the…benze”, plus a ban fracking symbol. 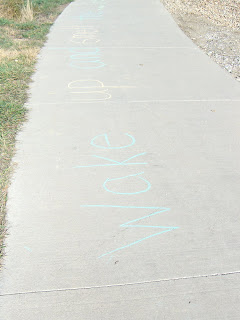 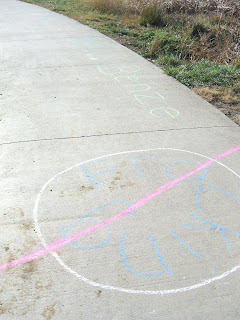 Sooner or later, you can always count on enviro activists to contradict their causes and foolishly shoot themselves in the foot.

In this case, the Yes on 300 people (Longmont fracking ban) are griping about supposed benzene air pollution, yet defacing city property with graffiti pollution.   And as I like to say, I probably take in 100 times more benzene every year just by walking behind my gas lawnmower than I’ll ever get in a lifetime from fracking operations.

Another classic contradiction with the eco-left is their excessive pushing of wind and solar power beyond economic realities.  Bear in mind, wind turbines kill roughly 440,000 birds a year according to the U.S. Fish and Wildlife Service, including hundreds of golden eagles.   Interestingly, you hear nary a peepfrom the wildlife-loving greenies.

The proliferation of solar panels is also no great friend of the environment, both with the toxic chemicals used in their production facilities and hazardous wasteleft when they break down and are discarded.

My all-time favorite for a city shooting itself in the foot over enviro causes is green-crazied Boulder, CO.  Boulder has for decades surrounded itself with a wall of open space and taxed its residents to high heaven to pay for it.  Average home sale prices have soared to over $500K, and ordinary workers can’t afford to live in the city.  The result is tens of thousands of vehicle commuters in and out of the city each workday, terrible traffic, and more greenhouse gas emissions into the atmosphere.

So much for Boulder’s bragging about being the first city in the nation to pass a carbon tax.   They can keep it.  Just don’t push it on the rest of us.