The following appeared in the October 23, 2012 Times-Call.  It was written by four Longmont City Councilmembers speaking for themselves as private citizens.  They raise some good questions, questions I’d like OHOFOL and Food & Water Watch to answer, publicly.   -CRod

The problem with ballot issues is all too often they are narrowly drafted, poorly researched and leave a boatload of unintended consequences.

The problem is compounded when ballot measures are placed in the city charter, rather than in ordinance, because once the unintended consequences are realized they can only be fixed or repaired through successive elections rather than council action. City Council can amend an ordinance; only voters can change something in the charter.

Read the rest at the Times-Call

At the same time people were complaining about political maneuvers our state House and Senate were making at the deadline of the legislative session, our own Mayor Dennis Coombs pulled a maneuver I had never seen at a council meeting. Continue reading →

Predicting voter turnout is never an easy task, especially in off (or odd) year elections like this years.  Predicting actual winners is equally difficult as it all boils down to who gets out the vote and who doesn’t.  I’ll try to make a stab at these with educated guesses based on past history and trends. Continue reading →

With just a couple of days left to get votes in, there are some races that can already be called.  Of course, I’m talking about the money race, as of the 3rd Reporting Period for candidates.  People can argue about the importance, or lack thereof, of contributions, but the candidates who raised and spent the most in 2009 won. Continue reading →

How to win employers and influence job growth 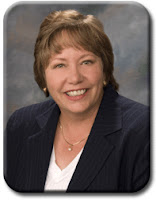 Our national and local economy have changed dramatically over the last several years. Longmont has seen its share of job loss. I have several ideas that can help us regain our advantage in attracting new primary employers that can provide jobs to our city. Continue reading →

As a public service I’m going to help out Longmont City Councilmember Sean McCoy.  In the recent candidate forum at Silver Creek High School he was asked how to improve civility on city council.  He couldn’t answer the question in the allotted time.  Let me answer it for him:  Remove Sean McCoy from Longmont City Council – it’s that simple. Continue reading →

When speaking about increasing taxes on business on Feb.16, Rep. Jack Pommer stated, “Business does not care about Colorado.” I bet IBM, Roche, Seagate, Amgen and other businesses in Boulder County would disagree. They have all invested significantly in his district, providing jobs and tax base for many years. And who does he think provides the money he is busy spending? Sorry Representative, we can’t all work for the government. As a matter of fact, 84% of us work for private businesses.

His comment shows a complete lack of understanding and appreciation for the companies that have afforded the citizens of Boulder County jobs and such a beautiful place to live. These companies don’t stay in Colorado because it is a “business friendly” state. I understand that the legislature has to balance the budget. But demeaning the people, who ultimately provide the State with income, and its citizens with jobs, seems extremely insolent and disrespectful.

Who do you trust with endorsements? They’re coming out of the woodwork right now for the upcoming election, and even one for the Lifebridge Annexation which isn’t even on the ballot.

Endorsements can either be a blessing, or the kiss of death, depending on your views. Something I figured was going on was verified in a recent letter in the paper: ” If you endorse this guy, I’m voting for the opposite!” was basically how it went. I’m going to assume most people figure in more than just that when picking a candidate, but you never know.

“Belonging” is important to some people. A club, a party, an association, a loose group of like-minded people, etc. Sometimes these groups, especially political parties, send out their mailers with their roster of picks. It’s so easy to just take this along with you to the voting precinct. Or take the suggestions of your little activist group, with the only question being ” how do we think and vote about this?” Yes, endorsements just make life easier – for the unthinking or easily steered.

Now to specifics on this election. The Times-Call has endorsed candidates Lange, Rawlins, Santos, and Finley and is in favor of the Lifebridge/Union annexation. Longmont’s Fraternal Order of Police and Longmont’s Firefighters’ Association have endorsed candidates Benker, Hansen, McCoy, and Levison. The anti-Lifebridge group, as far as I can tell, has only publicly endorsed Benker for Mayor, and of course is against the Union annexation.

While endorsements do have their place, usually in the back of your mind as you prepare to cast your vote, it’s okay to question those that would have you vote a certain way. Don’t be a lockstep lemming, even if you agree with your fellow lemmings 90% of the time. If you have to “walk off the reservation”, that’s alright, it’s called being in-de-pen-dent, give it a whirl.

This upcoming election will be a mail-in ballot election. You have to be registered by October 9th to receive a ballot. They can’t make it a whole lot easier, let’s see if we can bring up the low turnout numbers.

Here is an update of the candidates for Longmont City Council. Also, I want to share a link to a website I stumbled across that I thought was pretty informative.

It has a ward map, pictures of candidates, and something I haven’t touched on – ballot initiatives and school district candidates. I found this by accident, don’t know the author, and he doesn’t know I’m linking to it. But when I find something worth sharing, and/or when someone’s just done a better job, why not expose more people to it?

There have been a couple of changes to the candidates running:

Current council members Roger Lange, Karen Benker, and Doug Brown are the candidates for the position of Mayor. This is an at-large position, everyone in the city can vote for this spot.

One of the At-Large seats is up for grabs, the candidates are Gabe Santos, Paul Tiger, and Sarah Levison. Like the Mayor position, anyone can vote for this position.

Ward One Councilmember. To vote for this seat you must live in the ward. Aaron Rawlins, James DeVore, Brian Hansen are the candidates.

Ward Three Councilmember. Same rules apply as with Ward One. Sean McCoy and Bonnie Finley are running for this seat.

There are a lot of hot topics in this city. Figure out which ones are important to you and find out where the candidates stand on them. Instead of complaining that you were snookered by politicians after they’re in office, get your questions answered before you vote for them. This isn’t rocket science.

November’s not that far away, and that means election time for Longmont’s City Council. We’re bound to see some new faces as three members are being term-limited out, and one won’t be seeking re-election. As in the past, I’ll put the candidates on my site so you can get to know them. Although I’ve yet to endorse anyone, which could be the kiss of death anyway, the more people involved, the bigger the turnout, the better. This is an off-year election, not a general election, so interest usually runs pretty low. But with the possibility of turning over the majority of City Council, we should pay attention.

First off, the Mayor position. Mayor Julia Pirnack is being term-limited out, and I thank her for her service. This is an at-large position, everyone in the city can vote for this spot, and anyone in the city can run. So far, current councilmembers Roger Lange, Karen Benker, and Doug Brown have announced they are running.

Ward One Councilmember. This ward is generally the east-northeast side of town currently being served by Doug Brown, who is being term-limited out of his seat. To run or vote for this seat you must live in the ward. Aaron Rawlins has announced his candidacy.

Ward Three Councilmember. This ward is generally the northwest side of town currently being served by Marty Block, also a member being term-limited out of his seat. Same rules apply as with Ward One. Sean McCoy and Bonnie Finley are running for this seat.

One of the at-large seats is held by Fred Wilson, and he is not seeking re-election. Like the Mayor position, anyone can run and vote for this position. Gabe Santos, and Paul Tiger are running for this position.

All I’m looking for from a prospective council member is accountability and accessibility to their constituents first, and their staff members second. Remember who runs this city, you, the council, not some of these staffers who hide behind you, safe from the voter’s wrath. Don’t look for new and interesting ways to spend our money with more taxes and fees. Find ways to get more value out of what we pay, and find ways to lessen that burden, all the while being fair to your employees.

Candidates: Speak your mind, get heard, and good luck.