Under the guise of promoting “transparency” in campaigns, this summer the City passed legislation that I believe violates first amendment protections. I am one of the plaintiffs in the lawsuit over the Longmont “Fair” Campaign Practices Act because it threatens freedom of speech and has direct negative impacts on our community’s ability to discuss policy issues and candidates. Freedom of speech means just that: freedom to discuss what you wish without undue regulation and oversight. While some exceptions have been allowed, the first amendment to the U.S. Constitution is clear: no law should be made infringing on free speech.

During my last months as Longmont’s mayor, a few people made it their business every week during council meetings and almost daily in the blogs, to launch personal attacks, lies and innuendo against me, other council members, businesses and others. At the time, many people asked me why I chose not to use my discretion as mayor to suppress attacks during meetings. My answer was always the same – people have the right to express what they wish, even though I may have thought their speech was politically motivated, downright deceptive or derogatory in the extreme.

If we set up laws, committees or regulators of “rightness,” we empower them to decide what we should hear based upon their own biases and motivations. We lose the battle to maintain our freedom to speak without threat of retribution or fines. Rather than government oversight, it is up to each listener to be their own regulator – for each individual to judge the value of the speech, its truth, and yes, the character of those speaking.

Many years ago, a singular piece of federal legislation was proposed for adoption. This legislation was of such importance that one citizen decided extraordinary amounts of personal time and money must be dedicated to persuade the public on its merits. He decided to publish a series of papers promoting adoption of the legislation. For whatever reason, he wrote anonymously. He contracted with printers and enlisted a couple of personal and political friends to assist.

This series became the famous Federalist Papers written by Alexander Hamilton, John Jay and James Madison, supporting adoption of the U.S. Constitution. Thomas Jefferson wrote that the Papers were “The best commentary on the principles of government which was ever written.” 84 papers were published under the pseudonym “Publius.”

Had Hamilton tried to publish the Federalist Papers in Longmont today, under the Longmont “Fair” Campaign Practices Act he would have been threatened and “… fined for [his] political views” (August 2009 City Line) to the tune of $200 per day, because he didn’t report to the City clerk first, note on each paper how much they cost (he didn’t know how many he would publish), and notify candidates and committees of his activities. As a people, we have forgotten that good arguments have the real power to persuade and that no amount of regulation, red tape and reporting will promote public understanding.

Instead of clarifying the City’s position on the lawsuit’s allegations, our City posts threats for non-compliance in newsletters and on TV, and our City attorney plays politics, shown clearly in the Times Call article of October 3rd. The article states City attorney Mei finds the timing of the lawsuit “curious” and wonders why plaintiffs wouldn’t just ask the clerk what they can or can’t do. “Instead, they chose to make this into a much bigger deal.” Sorry Mr. Mei, but I think first amendment violations by City government are a big deal.

Resolving the violations in the LFCPA would benefit everyone in Longmont, not just one faction or another – that is the whole point. Rather than follow their current lawsuit-happy path (note the City demanded that this local issue be removed to federal court), there is a simple, lower cost option for the Council to pursue. Acknowledge that there may be legitimate concerns, roll back the amendments to the LFCPA that violate first amendment rights and ask the election commission to craft a piece of legislation that passes constitutional muster. If the “curious” summer amendments to the LFCPA really weren’t politically motivated by some members of our current Council, they should not have any problem with taking another look at legitimate citizen concerns.

Politics in Longmont are getting more political by the minute. Latest example is the work of the City Council’s handpicked Election Committee, which met for the first time on Oct. 12 to determine which complaints out of several filed by a disgruntled councilwoman against her political enemies were worthy of pursuit. They accepted two for further action. Unfortunately, by the committee’s lawyer telling the committee members–who at the next step will serve as both judge and jury–that they should assume “that all facts stated in the written complaints are true,” this quasi-judicial process has the markings of a kangaroo court.

Bolstering that assumption are two more items: the committee’s willingness to accept amendments to complaints already filed (where do the accusations end?); and the possible prejudice of an Election Committee member who intimated that she may have already made up her mind about one of the complaints, a complicated political issue involving a poll, saying the complainant’s name was used “as many as five times.” Keep in mind that the Longmont citizens who are defendants in this process are presumed innocent until proven guilty. The complainant promises to keep using this special committee to file more charges. Who’s the next victim of Longmont’s repressive Fair Campaign Practices ordinance?

Percy Conarroe
Res. Bldr. County 44 yrs.,
7 of them in Longmont. 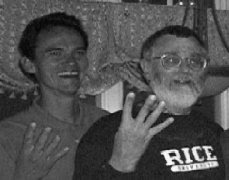 by Aaron Rawlins
Guest Opinion for the Times-Call
October 14, 2009

As I sat down to write this, I realized I have not spoken or written publicly since I gave my concession speech on Nov. 6, 2007. The Times-Call said the Ward 1 election was “a surprise” and council member Hansen was quoted as saying, “I did not think I had a great chance of winning.” I can honestly say I was stunned. I did all the things that people advised would make me successful. However, my opponent used a much more effective strategy. He won by a healthy margin.

Almost two years after that day, a lot of things became clear about the 2007 election. For the first time, political party power was used to pick and elect the candidates in Longmont city government.

Political parties were created to win elections. They have been doing it for more than 200 years in this country, and they brought many of the same tools that made them successful at the national level to our elections. Candidates choosing to band together was a powerful strategy that in the last election showed to be key.

There seem to be some lingering issues with choosing that strategy. When political parties pick candidates, the candidate takes a much smaller subset of the community than someone starting out as a whole. The edges of the party are the hardest support to get, so you get candidates even farther from the center. In the “old guard,” you in fact had people in parties but never driven by them or indebted to them. The bloc members selected and supported by a party during the last election are much farther from the center than what we have ever seen in the past and run an agenda that does not match issues important to running a city.

Another issue is you get candidates that in the past might not have been able to get elected on their own merits. We elected a bloc that has been shown to have weak communication skills or little ability to lead a city in such difficult times. Sadly, most of our current council can’t even run a meeting. Poor communication and incompetence often leads to increased anger. The few centrists left don’t have the votes or pull to move city business forward. The city’s business has quickly become a mess.

The parties and the voters brought partisan politics to our community last election. Sadly, or ironically, I can’t tell which, Richard Juday, who was a lead architect of bringing about this culture, has now called for a solution that can make things worse. Creating yet another partisan group to limit speech is much like the idea of bloodletting in the late 19th century. The cure is most likely much worse then the cause and is the exact opposite of what needs to be done. Why would we put four political partisans in a single group and think this will solve partisanship?

There is no group that can fix the issue of the candidates drifting farther and farther from the political center. This is up to you, the voter, to look at each candidate based on his or her own views and not which party he or she belongs to. If you want to change the political culture, you need to vote for moderates who will work together to solve common problems. We don’t need to vote for blocs. We need to vote for independent thinkers and people who will use their votes on council to push what is right for the people of Longmont, not to whichever party they belong to.

Sadly, the voters cannot fix this issue this year alone. I think we will have to deal with partisan politics for some time. If we vote for free thinkers, the civility will hopefully once again return to what it once was. But voting is a responsibility, and if the voters of Longmont step up and take ownership instead of letting people with agendas take the lead, then the voters can also take responsibility for fixing the issue as well. That is my true hope for ending the current political culture we are now in.

Aaron Rawlins has lived in Longmont for 11 years. In 2007, Rawlins lost his bid for the Ward 1 seat on the Longmont City Council to Brian Hansen.

While Ms. Witt greatly helped her chances, I can’t imagine even the most die-hard Benker supporter being thrilled with their candidates overall performance at this event.