Most of the noise regarding Longmont’s Vance Brand Airport isn’t coming from the airport itself, but from neighbors who aren’t Longmont residents or taxpayers.  No airport complaint-fest would be complete without mentioning it’s #1 detractor farmer, that would be the Zweck property.  They are correct on one point: their family was here before the airport, even before airplanes existed.  The Zweck name predates Longmont itself, and the history of the family is not in question and not being disparaged.  What is inexcusable is the ongoing questionable activity of Tom Zweck, who apparently thinks it’s acceptable behavior to threaten to shoot pilots, including myself, and skydivers.  No one has that birthright, I don’t care who you are.
Continue reading → 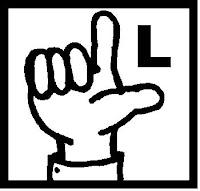 Talk about a losing streak!  A Times-Call Open Forum letter from recent City Council loser Karen Benker and some comments in the always entertaining comment section at the TC online website got me to thinking.  Fellow LA contributor Dave Larison and I have been throwing back and forth the growing list of failures and defeat of the Longmont leftwing losers – sort of like how a pair of cats toss around a dead or dying mouse.   Continue reading →

It’s a rare treat for your loyal editor and publisher to respond to the occasional sniping from the pointless peanut gallery.  If I did it all the time, I’d have nothing else to do, and it’s boring to argue with the ignorant.

But someone (you’ve never heard of) has gone out of her way to mention me a couple of times in reference to a recent board appointment, so let me answer.  Her name is Paula Burr (just by typing that, her name exposure just went up 100 fold), an Obamabot from Organizing For America (which probably explains why she doesn’t care for me or my appointment) and has repeatedly said she’s “puzzled“.  I’ll try to unpuzzle. Continue reading →

You knew something was up when many advocates for prairie dogs filed into the Longmont City Council chambers last Tuesday night to make pleas on behalf of the ongoing issue of prairie dogs at Longmont’s Vance Brand Airport. Others channeled world leaders and one was very persistent in being disruptive and placing signs within camera view of the live meeting.

But, speakers also stated that 3,500 people had sent emails and letters in support of the prairie dogs. Continue reading →

After being involved with the Vance Brand Airport and attending Airport Advisory Board meetings for years, figured it was time to finally apply for this board and serve the community.  Despite some pretty shady and underhanded maneuvers by some council members, your humble editor/publisher received a majority of votes to become a regular member for 3 years.  Also, Council member Katie Witt has replaced Sean McCoy as council liaison.  Now there’s some change we can believe in! 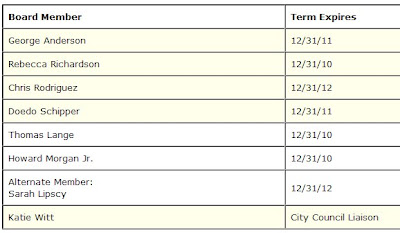 During the September 26, 2009 Coffee with Council, Council member Sean McCoy couldn’t hold back his disdain for previous administrations.  An attendee asked a question about the airport issue in regards to the prairie dogs “Which is more important to Longmont?  People, safety, or short tailed furry rats?”  Of course Mr. McCoy couldn’t have any of that as he answered “let me straighten that out there“ as he went into yet another incoherent rant.

Immediately he went into blaming Leona and Bernie Stoecker, she being a former mayor of Longmont (1993-2001) and he being a hangar owner out at the airport.  Mr. McCoy blamed them for not being aware of the prairie dog and raptor problem, actually called them shortsighted.  I guess I gave Mr. McCoy too much credit in airport issues considering he’s on the Airport Advisory Board, as this comment shows a few levels of…well, I’ll be nice and say “incorrectness“.

Anyone with an ounce of common sense, and a little knowledge of the history of the airport, and the Airport Advisory Board itself, would know that Mr. and Mrs. Stoecker often had to recuse themselves from voting on airport issues.  On one hand Mr. McCoy acknowledges their business interest at the airport, but can’t put 2 and 2 together (remember, this is an educator) that by that very interest they couldn’t possibly be in on those decisions, or maybe he didn’t read votes on council or the AAB during that time.

Whenever you hear Mr. McCoy or his loyal lapdogs complain about past councils, and the “old guard“, you should never forget who was on council during that time.  You’d think Mr. McCoy might remember – his dad Tom McCoy.  He was mayor between….nevermind.  I don’t personally have anything against Mr. McCoy the elder, but since Sean McCoy brought it up, I got a tip that somewhere around 1996-1997 Tom McCoy was instrumental in some vote (possibly the Wildlife Management Plan, but I’m still digging) that was exactly the cause of this prairie dog problem not just near the airport, but citywide.

I always talk to oldtimers out at the airport, and like any normal pilots, they don’t want those prairie dogs or the birds that hunt them anywhere near the airport.  I know, common sense and all, but it’s lost of some people.  They also tell me these prairie dogs weren’t an issue until the late ’90’s.  And now, for Sean McCoy who endlessly brings up his dads long council career and his own years of service to the city, to have no clue about the history of this situation – and taking zero responsibility for it – is just ridiculous.

What is it with these radical leftists who must place all blame to those that came before and sit around and complain and procrastinate?  I see Mr. McCoy is taking a cue from his hero Barack Obama, but is this an innate feature, or the product of some kind of indoctrination?  No matter who you have to pick up the pieces from (not that the city was in shambles by any stretch of the imagination, example All America City), it gets really old when all you can do is blame your predecessors and offer nothing to resolve the issues facing the city.

Mr. McCoy also said citizens don’t want knee-jerk responses from their elected representatives.  Like that idiotic prairie dog fence the city just wasted money on?  That kind of knee-jerk response?  The FAA saw through that and is using it against the city to withhold grant money, real smooth move.  About $14,000 down the drain.

In a quite shocking comment, to me anyway, Council member Brian Hansen acknowledged the importance of the airport, even mentioned expansion!  This will not make some of his supporters happy, they are quite often on the front lines of anything anti-airport.  He pointed out what many of us have been saying for years: when it comes to this often discussed “economic development” the airport is a vital piece to our economic potential.  But don’t tell that to the flat-Earth no-growthers, they won’t like Mr. Hansen saying it’s a “valuable asset“, which of course it is.

Considering everything, maybe Mr. Hansen should take over Mr. McCoy’s spot on the Airport Advisory Board – at least he can finish a sentence and be understood.

The following is my text from my speech at the public invited to be heard portion at the Longmont City Council meeting on June 16, 2009.

I’d like to talk about more than one topic tonite.
Firstly, I am a writer for the Longmont community for a variety of media publications and I think it’s a disservice to the Longmont citizens for councilmember McCoy to suggest that any other paper besides the Daily Times Call should be looked at as a source for local announcements, in particular legal notices. Why? The Times Call has the largest circulation in town and if you really want Longmont residents to best be aware of these notices, the Times Call is the best place to do that. I’ve also heard Councilmember Benker make comments about the paper being “a conservative paper” and have heard that she wants to pull city business out of the paper. They do seem very happy with the pricing Lehman Communications does for providing printing services for the new upstart Longmont Life “newspaper.” I really don’t see why this is being made a problem. Continue reading →

In what’s sure to be yet another hot topic in the city of Longmont, Colorado, the

wholesale extermination of prairie dogs at the Vance Brand Airport is under way.  What’s going to be interesting is the interaction between the city staff that moved forward on it, and a few on city council who spoke out against it – and of course a few vocal citizens. Continue reading →

In the FoxNews report in my previous story, it said the City of Longmont “planned to spend up to $14,000 to build a new barrier fence” to keep prairie dogs out of the airport movement area. The fence is built, and I thought you might like to see where and how your money was spent.

…rest of the article at Examiner.Com