It’s not with a heavy heart, but actually a quite light and airy one, that we bid adieu to the city we’ve called home for the last 13+ years; Longmont, Colorado.  But fear not, I still have to work there for a few more years, live close enough to be affected by it, and may once in a while throw some tax dollars its way.  Happily I’ll be throwing less toward Boulder County. Continue reading →

With the recent 2009 Longmont election season coming to an end, so too will Wrongmont.  The point of the site as I said back in late August when I resuscitated it was to be a news and opinion aggregator for all things related to the election.  It served its purpose, and then some.
While the Wrongmont name had been around since 2002 (and basically just morphed into Longmont Advocate in 2008), I had no idea of its impact when I was considering reviving the brand name.  While people made a big fuss about chicken sites with graphic images, and pretenders and copiers made feeble attempts to mirror what I was doing, Wrongmont chugged along putting out on average a story a day.  And unlike typical blog sites, these weren’t just hyperlinks to other articles with a sentence or two of comment.  These were full blown, 700+ word commentaries on candidates and the race.
The attention the site got in this short 2.5 month run was more than all the previous years combined, being commented about on blog sites, newspaper articles and websites, and even mentioned in the Federal lawsuit against the City of Longmont and its Fair Campaign Practices Act.  The traffic numbers, especially in the days before and after Election Day were all time highs.  People were doing searches to find out the issues, and many of them ended up either at Wrongmont, Longmont Advocate, or our voter registration drive site Vote Longmont.  The candidates I went after LOST.  The candidates Vote Longmont endorsed WON.  Doesn’t get much better than that, and as I said, MISSION ACCOMPLISHED!

Of course the outcry and attack on Wrongmont was also at all time highs.  Some people just hate the name and everything they think it stands for.  It was singled out in Open Forum letters in the Times-Call, I was referred to as “Mr. Wrongmont” on a defeated councilmembers campaign website, people made fun of the name.  But what they never got was that I wasn’t running for anything, and they wasted their time on me accordingly.  All they proved was their intolerance for differing opinions, and it sunk them.


Not all the goals of the site were met though:  I wanted voter turnout to go up, it didn’t.  While Longmont did have a higher turnout than Boulder – and that is worth bragging about – it was still only around 40%, some races varied.  It seemed like more people got involved and interested, there were new voices being heard from, not all of them pleasant, but what can you do.


So, Wrongmont again cruises into the sunset.  And like I said when I revived it, never assume I’m ever ashamed of the name or the content.  It has a role, it filled it quite effectively, and I never apologize for being effective.


…until next election, or recall……… 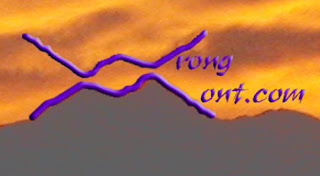 I guess I should thank Longmont City Councilman Sean McCoy for directing all of you to my various websites.  Since you’re probably here based on his tirade of September 1, 2009, here is the video and a transcript:

“I want to throw my sincere support towards Richard Judays civility movement.  I’m concerned with the actions of radical, negative bloggers that write on YourHub and call in to the TC Line, fringe groups like LIFT and websites like Wrongmont, and Longmont Advocate, and the Longmont Report.  My concerns are that we’ll never know how these groups and individuals have hurt businesses and financial opportunities for Longmont and her citizens.  We’ll never know the millions of dollars in commercial real estate rentals that must have been lost.  We’ll never know the job growth for Longmont citizens and the home sales that could have happened if these people hadn’t been so negative in their actions.  I urge all of you out there to be productive and civil in this next election cycle and to ignore these radical fringe elements that run down the city council and the city.  Thank you.”

Last year, this same city councilman wondered about the “threshold” to take legal action against a city official, in that case former Firestone Mayor Mike Simone.

I guess we’re about to find out.